A very gratifying feature of the Lions Clubs promoted Hooves4Hospice fundraising project, in aid of the planned Midland Regional Hospice, is the generosity of young people towards it. A recent example of that generosity was the presentation of a cheque for €1,200 by a group of students at Moate Community School to project chairperson, Pat Lalor. The students, Sarah Murray, Lorna Eagney, Christopher Kerrigan and Conor O’Brien, having competed in a national competition, emerged as one of only five teams who won five Irish Angus calves. That was their reward for successfully promoting Irish Angus to producers and consumers. The competition involved a video entry, interviews and finally a selection process in Croke Park. The General Manager of the Irish Producer Group, Charles Smith, honored the team by visiting the school in person to present the trophy they also won.

In a thoughtful and generous act, the team decided to donate the proceeds of the sale of one of the animals to the Hooves4Hospice fundraising project. That money will now be invested in purchasing young animals that will be reared, free of charge, by host farmers who have offered to take part in the project. There are now close on 400 hundred animals registered in the Hooves4Hospice herd. The project was launched in January of this and has been remarkably successful in spite of the restrictions on promoting the project with farmers due to Covid19. The extraordinary generosity of the farming community towards the Hooves4Hospice project is proof, if proof were needed, of the deep-felt need there is for a Regional Hospice in our region.

The website: www.h4h.midlandhospice.ie provides extensive information on the project. 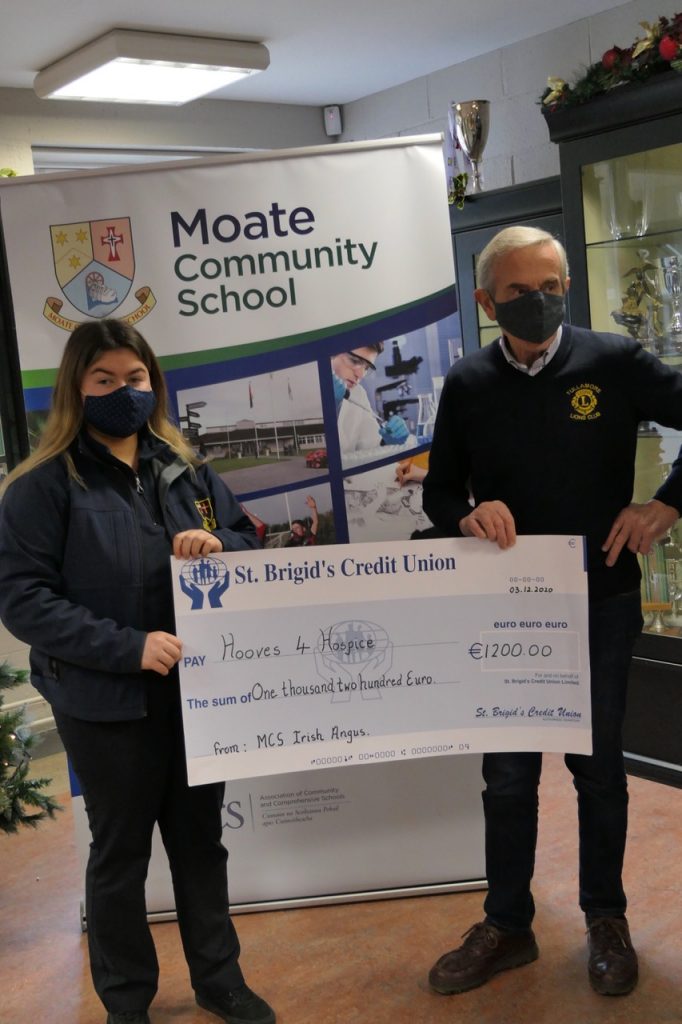