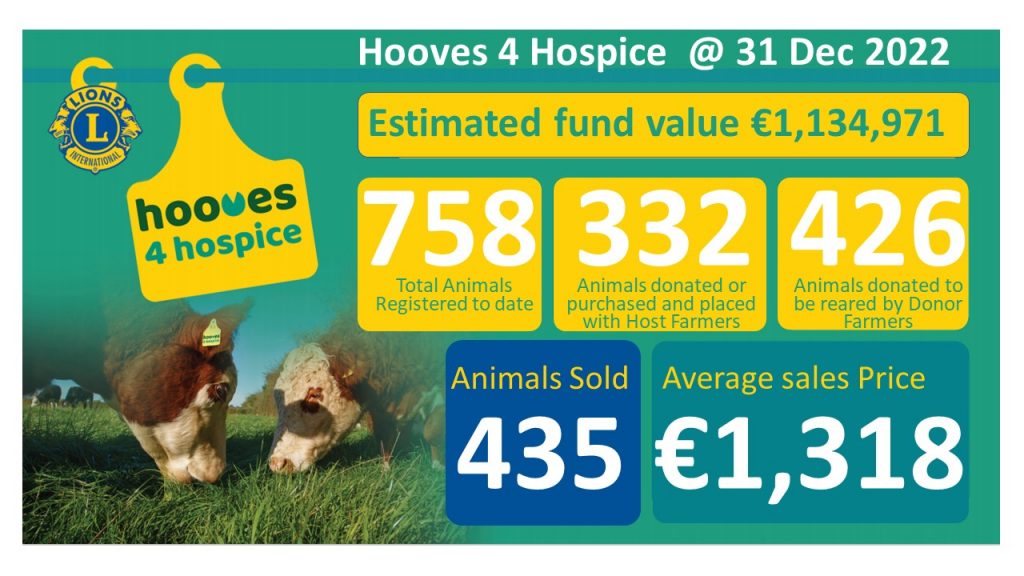 The purpose of our fundraising project is to raise vital funds towards the cost of building the planned Midland Regional Hospice.

The project involves the donation and rearing of animals by farmers willing to donate and rear an animal or to rear a donated animal and donate the proceeds of the sale of the animal to our Hooves4Hospice project.

In September2022, An Taoiseach, Michael Martin, T.D. announced that government funding of €20,000,000 is to be provided towards the construction cost of the Regional Hospice in Tullamore. He also announced that the number of beds is to be 20, an increase of 25% on the figure of 16 previously proposed. In conversation with An Taoiseach, project Chairperson, Pat Lalor, expressed his gratitude, on behalf of everyone who contributed to our project, in appreciation of the decision of the government. In return, An Taoiseach expressed his appreciation to the H4h fundraiser appeal and all who supported it.

It is now certain that the long awaited Midland Regional Hospice will be built. The forecast date for completion of the building is 2026.

We are proud of the role our appeal has played in developing awareness of the clear need there is for a Midland Regional Hospice. The significant financial contribution our appeal attracted was important in itself and also signified very clearly the level of interest there is locally. Our important work will continue until the many animals still being reared can be brought to market.

We are most grateful to everyone who has contributed to our appeal.

The Hooves 4 Hospice project is organised and managed by the members of Tullamore Lions Club in an entirely voluntary capacity.

Please peruse our website and consider supporting our project in whatever way you can.

Your support will be greatly appreciated. 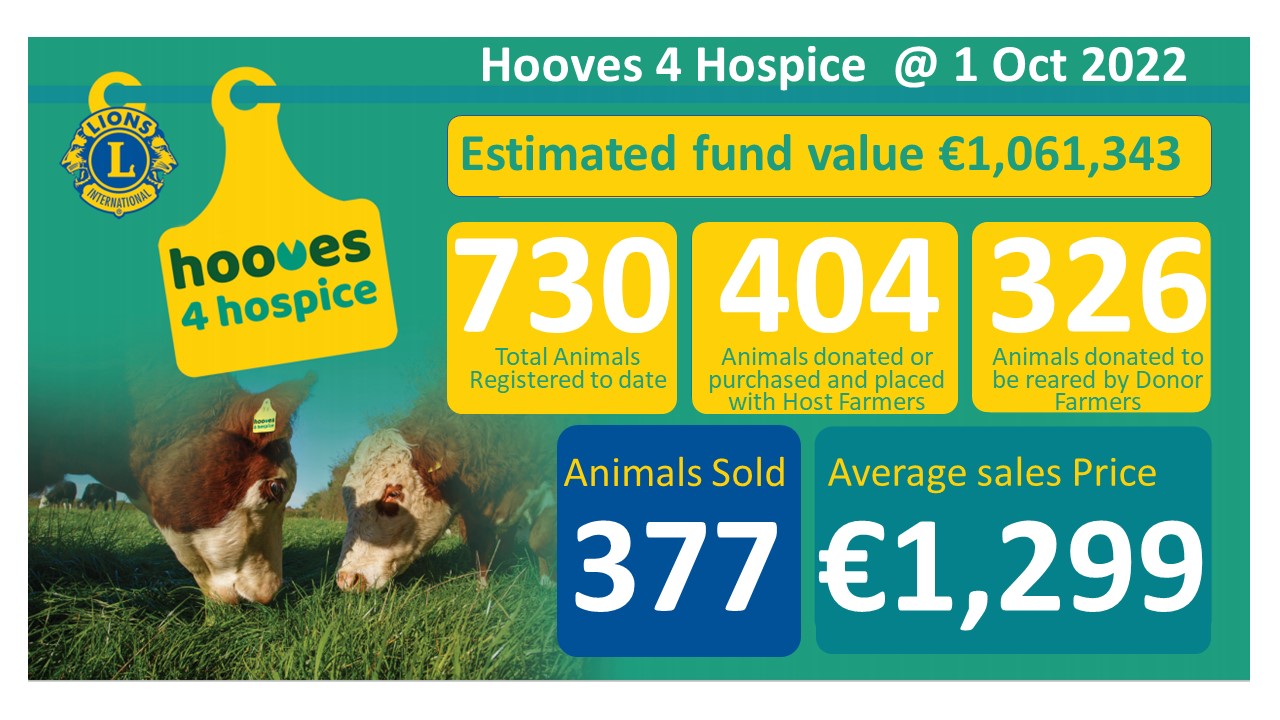 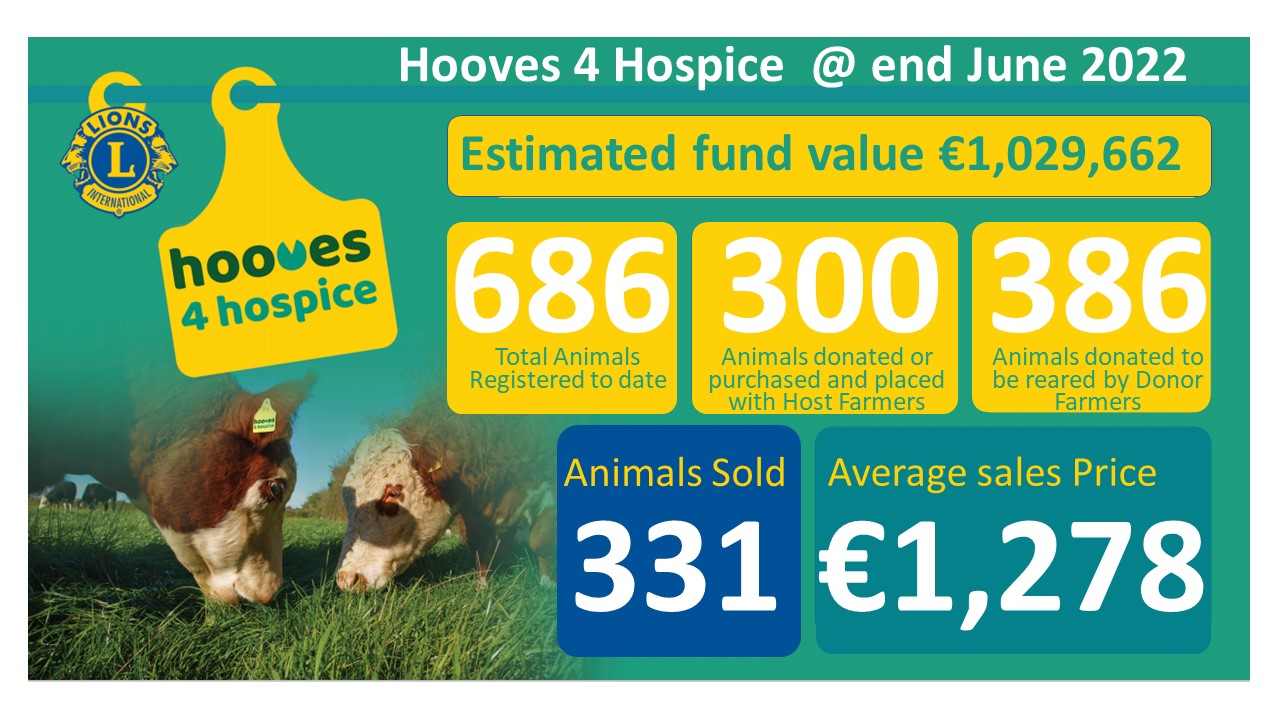 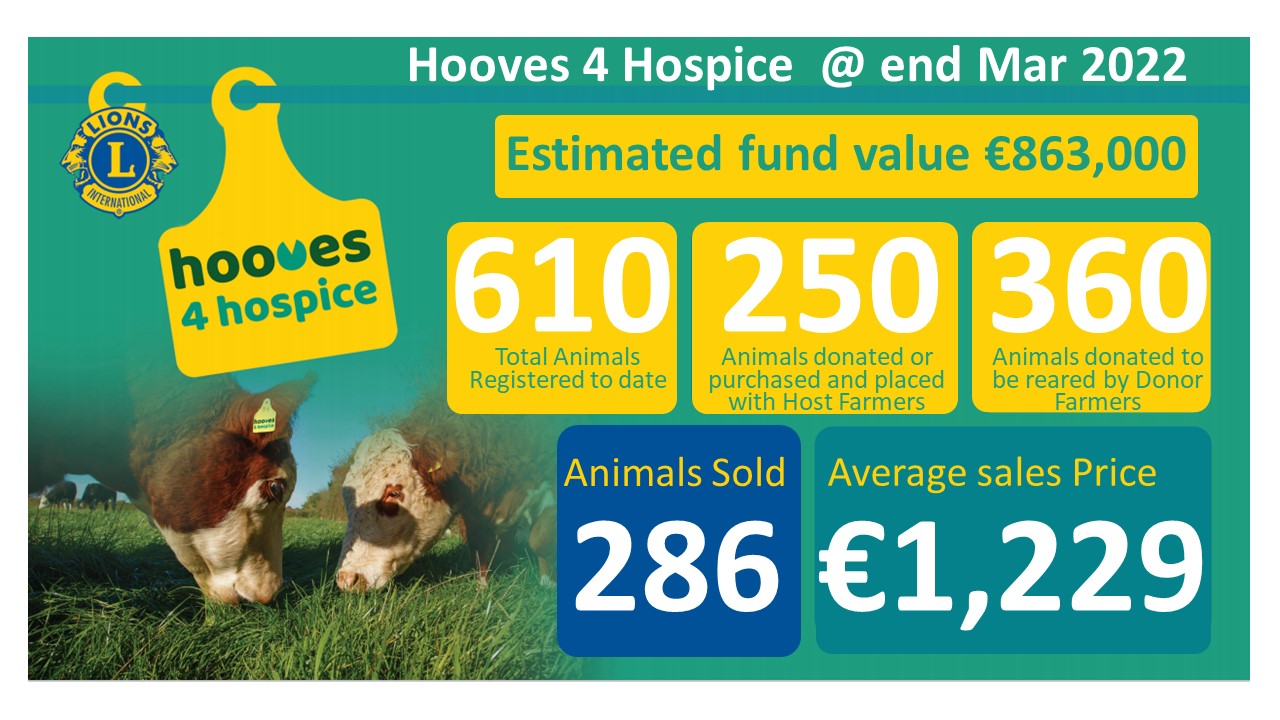 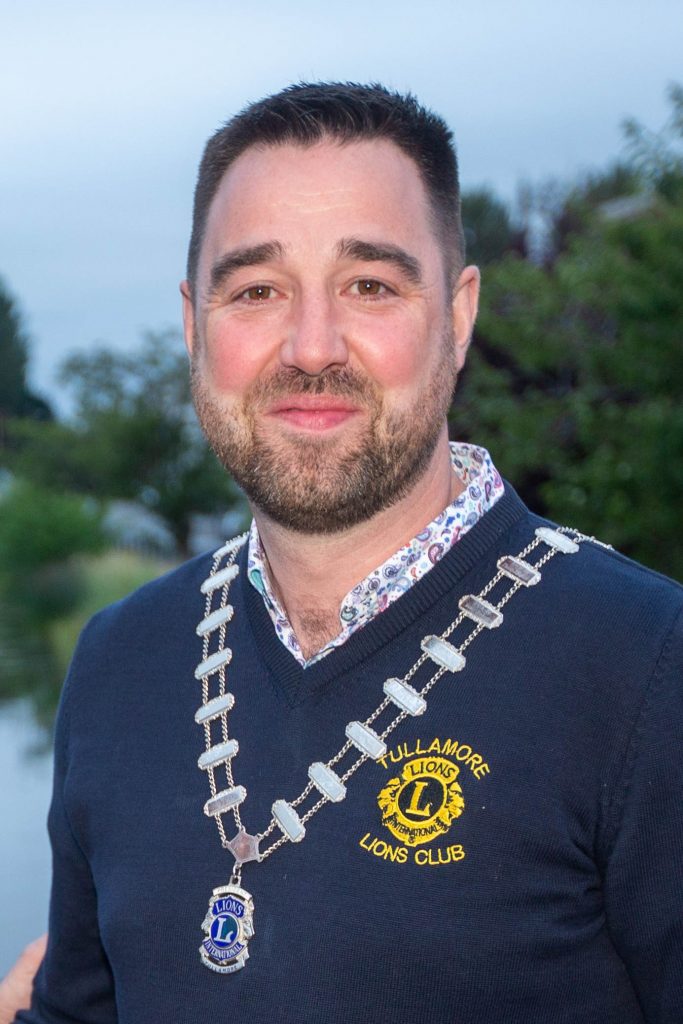